Picturesquely located in Malwa region of Madhya Pradesh, Dhar is a historical city which has a rich past associated with several powerful dynasties of ancient India. Dating back to ancient and medieval period, history of Dhar belongs to Paramars, Khalji Sultans, Mughals, Marathas, Scindias, Holkars and Pawars dynasties. Once been a center of culture and literal importance, Dhar also played major role during freedom war of 1857 as an important center of revolt. Dhar has been capital city during ancient and medieval period. Apart from that it has also been princely state during British rule in India. 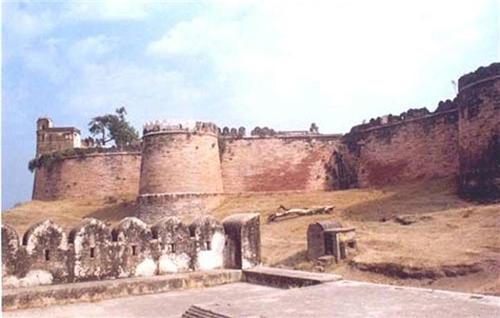 Origin of the name

In ancient times, Dhar was known as Dhar Nagari and later it became Piran Dhar during Medieval period. It is said that name of this city, Dhar has been derived from ‘Dhara Nagara’ which means ‘The City of Sword Blades’. This city has witnessed several wars and reign of powerful rulers. Thus, history of Dhar consists of description of many famous kings and emperors of ancient and medieval India.

In ancient times, Dhar was famous as ‘Dhar Nagari’ and first reference of this town has been found in inscriptions which belong to Maukhari dynasty that ruled Jaunpur during 6th century. Besides, paintings carved on the walls of Bagh caves in Dhar almost date back between 5th – 7th century. Many other historical ruins of this city also have connection with ancient period. 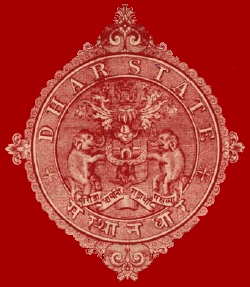 During 9th-13th century, Paramar dynasty ruled over Malwa and its surrounding regions for almost 400 years. Several kings of Paramar dynasty ruled over this region during these 400 years but Vakpati Munja and King Bhojadeva were prominent of all. Both of these kings gained lot of popularity during their reign. Still Munja and Bhoja both are remembered for their work related to art and literature. Vakpati Munja was a famous poet, reputed general and great patron of art and literature. He was great admirer of art and literature and Dhanika, Halayudha, Dhananjaya, Padmagupta (author of Navasahasankacharita) and Amitagati etc. were famous poet of his court. King Munja excavated well known Munja Sagar at Dhar and Mandu and besides he built a number of religious buildings at various places in the region.

King Bhojdeva is known for his literal work towards educational development. One of the greatest rulers of Paramaras, Bhojadeva is known as scholar, writer and famous builder. He wrote several books on varied subjects including poetics, grammar, astronomy and architecture etc. Earlier, his capital was Ujjain but he shifted to Dhar and established a special university for Sanskrit studies which is known as Bhoj Shala at present. He renovated several old temples and rebuilt them at Bhojapur. 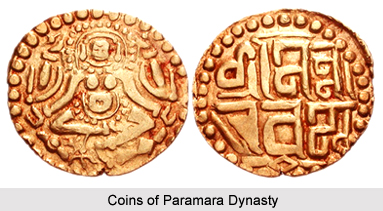 In 1305, Al-ud-din Khalji took over whole region of Malwa and thus, Dhar and Mandu also went under his control. During rule of Mohammed II, Dhar remained under reign of Delhi Sultans and Dilawar Kahn Gauri was the Governor of Malwa during that period. Later, in 1401, Dilawar Khan Gauri established his own independent Kingdom of Malwa and Dhar became his capital. During rule of Hoshang Shah, son and successor of Dilawar Khan Gauri capital moved to Mandu from Dhar. After Hoshang Shah’s death in 1435, his son, Gazni Khan started ruling over Malwa and renamed his capital Mandu with “Shadiabad (The City of Joy)”.

But, in 1436, Gazni Khan was poisoned to death by Mahmud Khalji. He ascended throne and thereafter Khalji sultans ruled over Malwa until it was captured by Sher Shar Suri in 1531 and charge of Malwa was given to Shujat Khan who was succeeded by his son, Baz Bahadur. He was defeated by Mughal army and then reign of Mughals inaugurated in Malwa. Dhar got privilege of being the chief town of Mahal in Mandu Sarkar of Subah of Malwa at that time. While directing invasion of Deccan, Mughal Emperor Akbar stayed at Dhat for a week and visited Mandu also. Mandu was one of the favourite resorts of Emperor Jahangir who spend his six months at Mandu in 1616. Malwa remained under rule of Mughal until it was captured by Marathas in 1730.

In 1818, Dhar captured by Britishers and it became princely state of British India in Bhopawar Agency of Central India Agency. In 1832, Baji Rao Peshwa divided reign of Malwa among Holkar, Scindia and three Pawar Chief. At that time, Dhar came under rule of Anand Roa Pawar. Dhar fort was captured by freedom fighter in 1857 from July to October and thus, Dhar became an important place of revolt during Indpendence War. Bhils of this region also played active role in revolt. 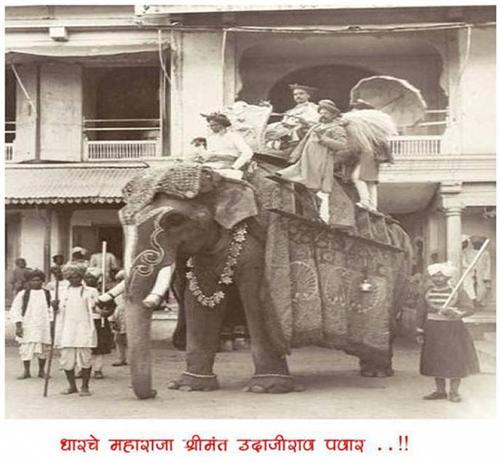 Fight continued between British army and rebels when British army under supervision of Colonel Durand, entered and captured the town. Rebels defended the Dhar fort until breach was caused on 31st October, 1857. Fortunately, rebels escaped through underground way and British army could not arrest them. At the end of revolt, Dhar state was annexed to British territory in 1857. However, on 1st May, 1860, British Government restored Dhar to Anand Rao III. Anad Rao received personal title of Maharaja and KCSI in 1877. After his death in 1898, Udaji Rao II Pawar succeeded him. Most of the Dhar is occupied by scheduled tribes and main tribes are Bhils and Bhilalas.

There are number of historical sites present in and around Dhar city which are quite popular among tourists and visitors for their historical and cultural significance. Dhar Fort, Old Ramparts, Bhoj Shala, Lath Masjid, Mandu, Bagh Caves, Tomb of Shaykh Changal, Chappan Mahal Museum, Kamal Maula’s Cemetery, Cenotaphs and Old City Palace and Jheera Bagh Palace are some of the most famous historical places in Dhar.

Historical city of Dhar is developing with the time and at present, Dhar is administrative headquarter of Dhar district. This town is equipped with various major public utility services. From health care facilities to banking services, restaurants to hotels, shopping complexes to local markets, exclusive gift items to unique local handicrafts everything is available in this part of Madhya Pradesh. Apart from that exclusive showrooms of ‘Roopayan’, located at Dhar and Mandu are the best place to explore local art and craft of the region.

Comments / Discussion Board - History of Dhar